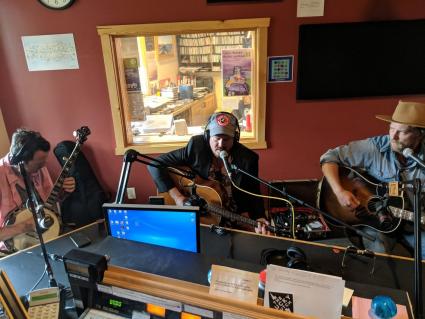 David Huckfelt and Frankie Lee with Michael Rossetto on WTIP

During their summer “Great Northern Tour”, Twin Cities musicians David Huckfelt of The Pines, Frankie Lee, and Michael Rossetto headed to Grand Marais for a show at the Wunderbar. They also stopped by WTIP for a live in-studio performance. You’ll hear a new song from David’s upcoming album “Stranger Angels” written during an artist residency on Isle Royale, the story of how Frankie Lee met Merle Haggard on his first day in Nashville, all about the acquisition of Greg Brown’s RV, and a special song for Rainbow Trout.