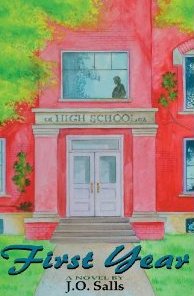 “First Year” is a 2011 novel by retired teacher, J.O. Salls. It’s the story of 23 year old English teacher, Robert Baker. The story takes us through Baker’s first year teaching at Blue Lake High School in the fictional town of Blue Lake, MN. Despite his love of learning and enthusiasm for teaching Baker quickly loses the trust of his students and confidence in his ability as a teacher. J.O. Salls told Scott Hall that Robert Baker’s experience isn’t unusual for new teachers. Salls talks with Scott Hall about his book.