In our newest series, the Counter Stories crew talks with Minnesota Representative Ruth Richardson about her journey to the House and the passing of one of her bills: Dignity in Pregnancy and Childbirth Act. 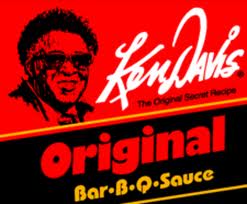 Ken Davis was a jazz bassist and entrepreneur from Nebraska. Ken opened a restaurant in Minneapolis in the late 1960’s. Like many trendy eating joints of the time, they served chicken, ribs and pizza – carry out or delivery. And they served a GREAT barbecue sauce. Due to the urging of his customers and staff, Ken hired a Home Economist, Barbara Jo Taylor, (who he later married) to help perfect his grandmother’s tasty barbecue sauce. Barbara worked with Ken’s staff, trying different mixtures until everyone was happy with the sauce. In 1970 Ken closed the restaurant, loaded his station wagon with barbecue sauce and started around to the local supermarkets. KEN DAVIS Barbecue Sauce quickly became Minnesota’s favorite, outselling even the national brands. Ken Davis died in 1991, but the company he founded is still local with offices in Bloomington, Minnesota. Still family-owned where Ken’s widow Barbara runs it now.